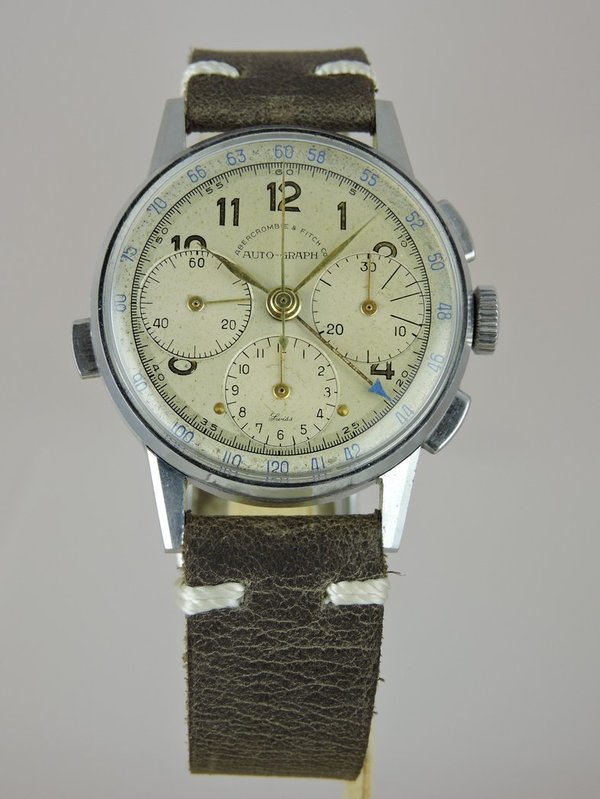 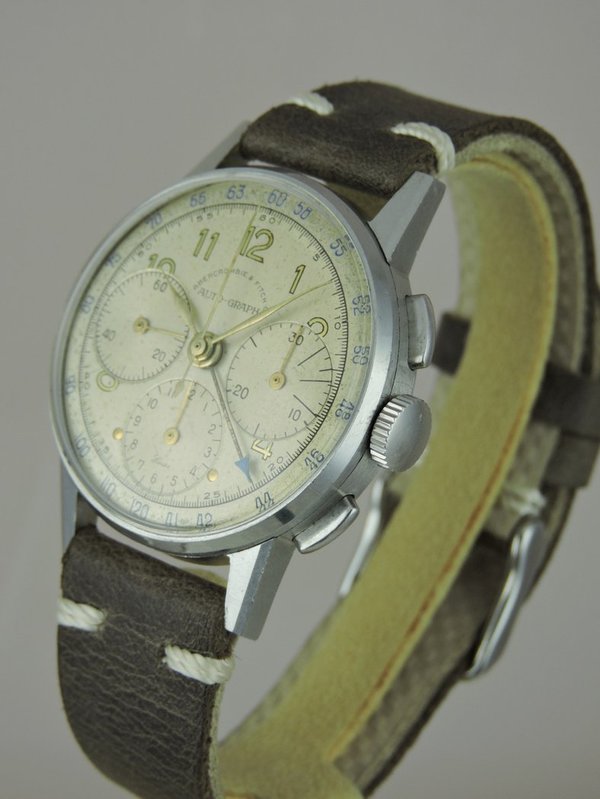 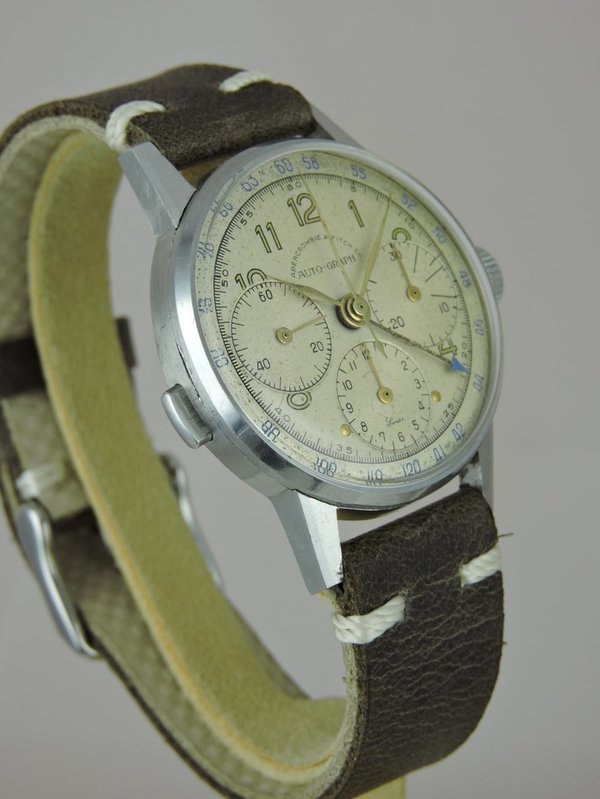 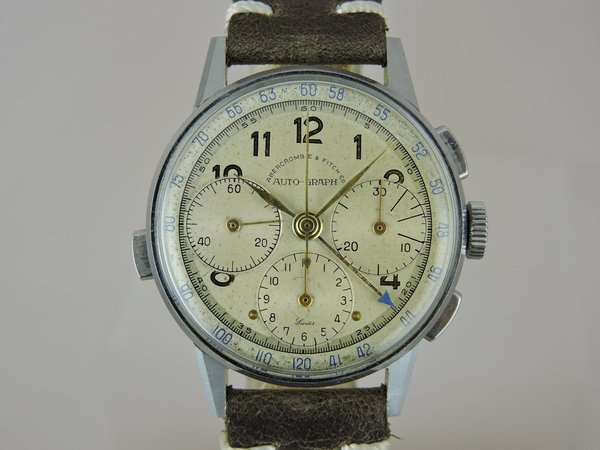 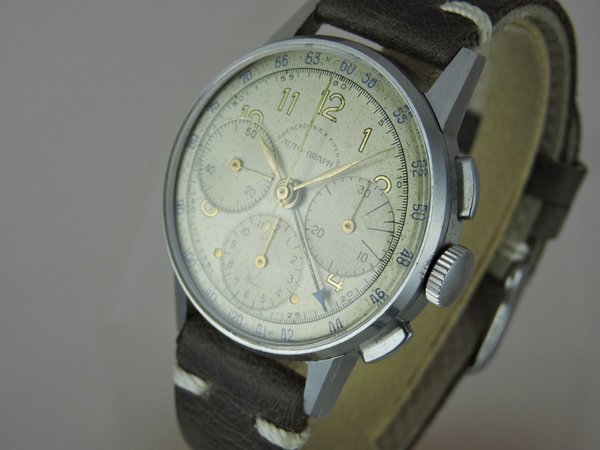 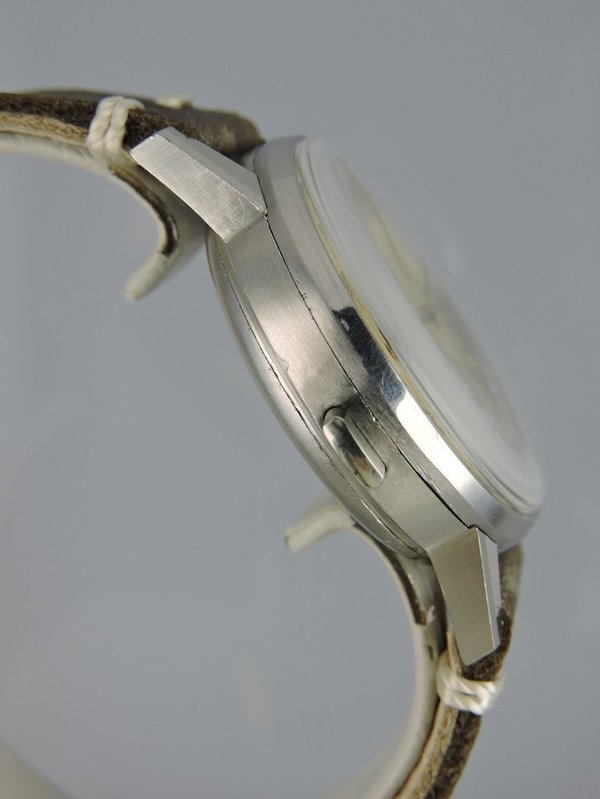 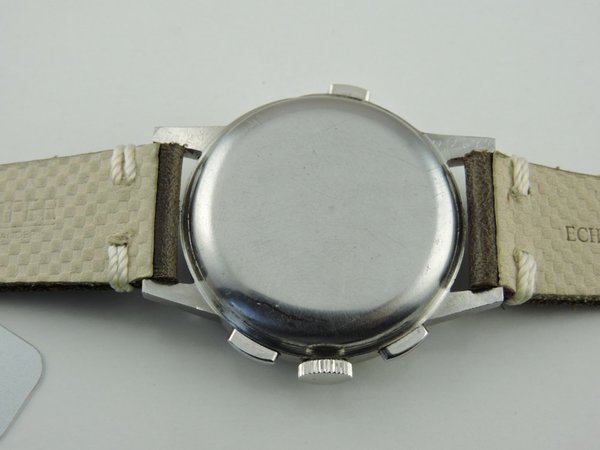 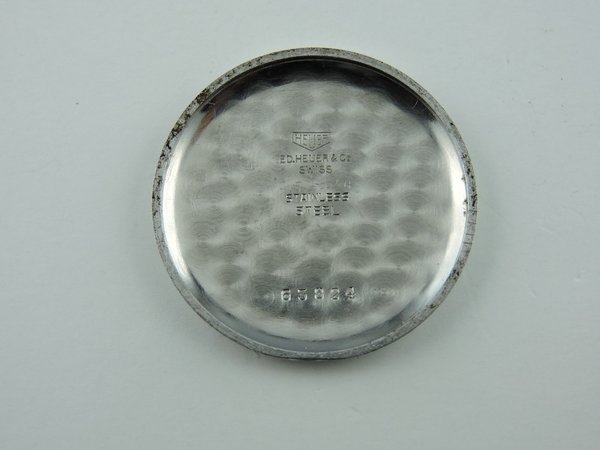 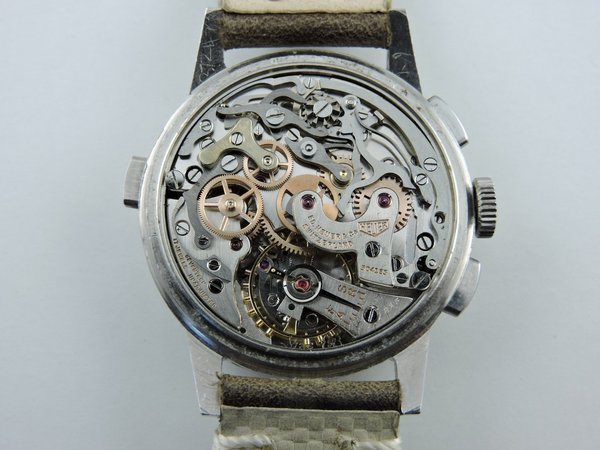 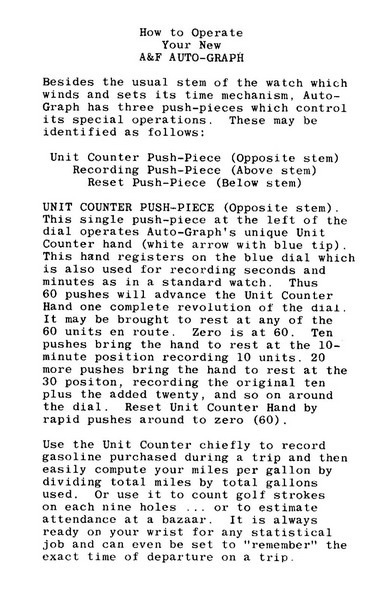 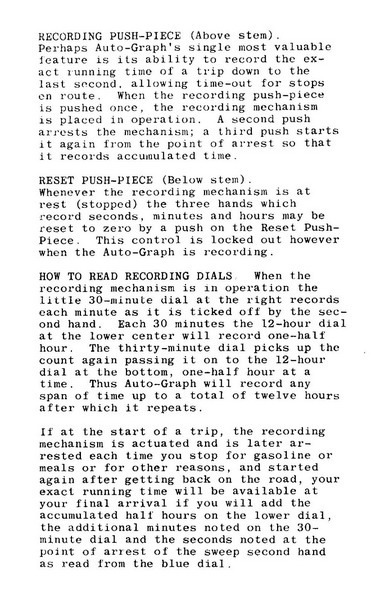 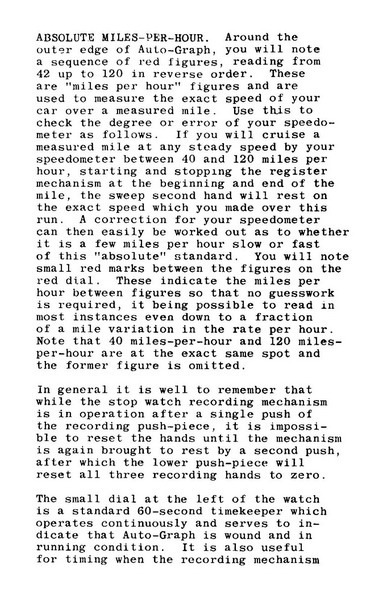 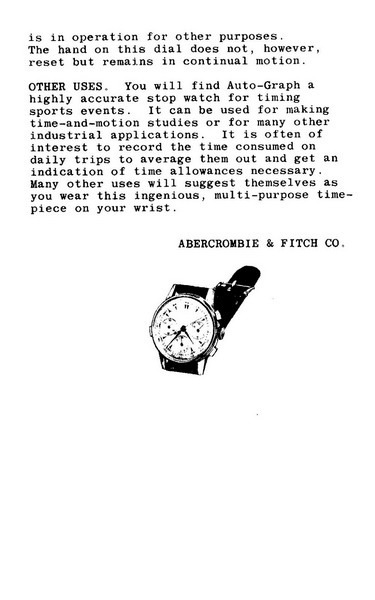 The watch has just returned from service and is now available:

"The Auto-Graph was a unique chronograph, introduced in 1953 under the Abercrombie & Fitch name and sold for a very limited time period.
This first version was introduced in 1953, and was marked by Arabic numerals and larger registers, with the outer track (which showed miles per hour) using blue numbers " (c) onthedash.com

In 1954 already the second version was introduced, which makes this MKI one of the rarest Heuers ever made. It has a beautiful chronograph movement based on the Valjoux 72C with a push button for a central hand to mark the stopped time. This example is in fantastic original condition and comes with a one year warranty.

Movement / Werk / Mouvement:
beautiful and clean chronograph movement based on the Valjoux 72C with the calendar hand turned into a register hand that is moved by a separate button, in very good running condition